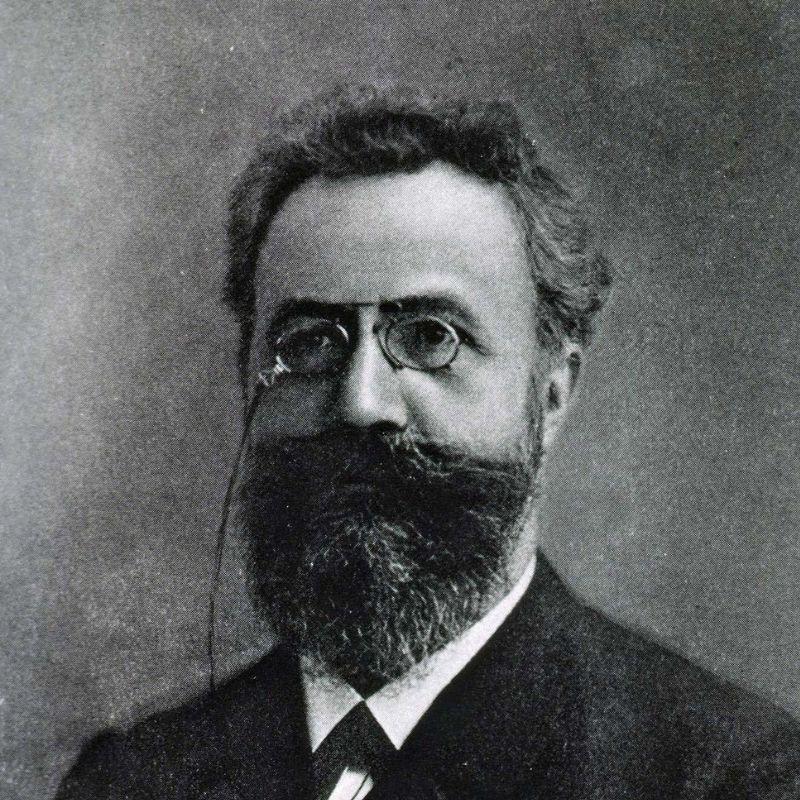 Are you interested in Herman Ebbinghaus’s research on memory? This article is for you! Here you can read more about the experiments which the German psychologists described in his book. You will also learn which of the theories about him are nothing more than myths.

The Internet is full of myths about the effects of the research by Herman Ebbinghaus, the researcher most often associated with the forgetting curve, and numerous texts and presentations repeat them, attributing results to this outstanding researcher which he never reached in his work. The theory that German psychologist invented spaced repetition is also a myth — the author of spaced repetition and the SuperMemo method is Dr Piotr Woźniak. The German and English versions of Ebbinghaus’s book, as well as a scan of the first edition from 1885, are freely available. On account of their size and the complexity of the language they use, below, we place summaries of the descriptions of the experiments presented in Chapters 5-9.

Chapter 5. During an experiment, Ebbinghaus memorised a series of artificially created syllables, bereft of all meaning. First, he tested the number of readings and reciting required to immediately repeat from memory a series of syllables of a given length. For example, while a 7-syllable series could be recalled after only a single reading, to recall 16 syllables took 30 readings, and for a series of 24 syllables he needed 44. In all the following experiments Herman Ebbinghaus measured the retainability of the memory of a series of syllables in terms of the savings in effort needed for their relearning in comparison to the effort required to learn a new series.

Chapter 6. Ebbinghaus’s experiment in this chapter involved conducting two tests, 24 hours apart. First, he tried to memorise six, 16-syllable series by reading them repeatedly, then reciting them. The series were divided into several groups depending on the number of times they were read — from 8 to 64. The lowest number of readings didn’t enable him to fully memorise the series, the highest was twice that required for effective memorisation. For each of these groups, 24 hours later Ebbinghaus tested how much time was required to relearn each of the series. As a result of this experiment, he arrived at the conclusion that each additional reading from the first test saved approximately 13 seconds in relearning the following day. If this effect were to be maintained, so as to recall the entire series on the second day, the number of readings on day one should be 3 times the minimum required to memorise them, so around 100 repetitions for a series of 16 syllables. To test whether this was the case for a 12-syllable series, Ebbinghaus conducted an experiment in which on the first day he read the series four times more than the minimum required to independently recite it from memory. It turned out that this number was still not sufficient to recite the series of syllables a day later without relearning it, and the time saving on relearning for successive readings decreased. The researcher thus concluded that the linear dependence from the first experiment was probably a result of inaccurate measurement.

Chapter 7. In his next experiment, Ebbinghaus memorised 8 series, each composed of 13 syllables, and then tested the time spent relearning them after intervals of 20 minutes, 1 hour, 9 hours, and then 1, 2, 6 and 31 days. Each time, he measured the time required to relearn the series so as to recite the series, error free from memory, twice. In each case, even after the shortest interval, repeating the series required additional relearning. Ebbinghaus measured the time spent relearning, separately for each interval, and as a result the time saving in relearning compared to that required to memorise an entirely new series. These savings were as high as 58% for the shortest interval of 20 minutes, to 34% for a day, to 21% for 31 days. Ebbinghaus regarded that these savings are a measure of the size of memory after each interval. Based on the results of these experiments, he constructed a mathematical formula describing the savings in relearning b (equivalent to the amount of information memorised) as a function dependent on the logarithm of the time t which had passed since the first successful learning: b = 100k/((log t)c +k), where k and c are, in turn, selected constants. In the next chapter, Ebbinghaus noticed that applying this relation would only work for series of a similar length.

Table from the English translation of Ebbinghaus’s book. Source: http://psychclassics.yorku.ca

Chapter 8. The next experiment was used to confirm (see experiment from Chapter 5) that successive repetitions affected the stability of the information in memory. He tested the number of times a series needed to be repeated so as to be remembered over 6 successive days (I-VI) at 24-hour intervals.

On the basis of this experiment, Ebbinghaus noted that longer series of syllables, whose memorisation required a great deal of effort, were at the same time relatively easier to relearn, which might be a result of the greater number of repetitions on first learning. Nevertheless, the relative saving increased here more slowly than in the experiment from Chapter 5.

In addition, analysing the savings in relearning on successive days, Ebbinghaus came to the conclusion that the majority of the results create a diminishing geometric series, and so the savings on successive days reduced constantly by a coefficient of the result of an exponential function of a greater or lesser power depending on the length of the series of syllables memorised. At the same time, he cautions that, even more than in the case of the earlier experiments, the above conclusion could be erroneous due to the small sample size.

At the end of this chapter, Ebbinghaus compares the results of the experiments from Chapters 8 and 6, reaching the overall conclusion that repetitions over successive days are more effective than by their accumulation. This results from comparing the effects of memorising (1) a series of 12-syllables, which after an average of 68 repetitions on the first day required 7 repetitions for relearning, as opposed to (2) an average of 38 repetitions spread over three days, which resulted in 6 repetitions being required to relearn on the fourth day. Remember that in the first experiment the number of repetitions on the first day was significantly excessive, and in the second, each day had exactly the number required to relearn.

Chapter 9. Ebbinghaus devotes the last chapter to researching associations, specifically the effects of changing the order of the syllables memorised.

First, he memorised 6 series of 16 syllables, and then, after 24 hours passed, relearned them in a different order, again measuring the time saved during this. Along with this, the order was changed in 5 different ways, to varying degrees separating initially neighbouring syllables: (a) first, the odd syllables, then the even ones from a given series, and so skipping one syllable: 1, 3, 5, 7, 2, 4, 6, 8, then (b) skipping 2 and (c) 3 syllables in each series, then (d) skipping 7 syllables and simultaneously changing series every second syllable, and for comparison (e) keeping the first and last syllable in each of the 6 series unchanged and randomly ordering the other 84 syllables.

For the unchanged series of syllables, the saving in relearning after one day was set by Ebbinghaus at 33.3%. For the altered sequences of syllables, the savings were respectively (a) 10.8%, (b) 7.0%, (c) 5.8%, (d) 3.3%, (e) 0.5%. As he summed it up, this confirmed the significance of both the more immediate and more distant adjacency of individual syllables for memorising a series, where the strength of the connection decreases over distance.

Ebbinghaus sums up the result, writing that numerous repetitions on first learning strengthen the connections in memory and the associations across individual elements of a series. Series composed of elements previously connected with one another, despite changes in order, are easier to recite than entirely new ones. Each element, as a result of consciously thinking about it, is able to bring others with it, and the strength of these connections depends on the distance between them and the direction of recitation.

At the end, Ebbinghaus notes that series which after reordering were composed entirely of syllables whose immediate precursors had appeared earlier, so, for example, the second series of even syllables shown underlined below, memorisation was faster than for the preceding series of odd syllables.

The author emphasised that this could be subject to error, or to anticipation of such a result subconsciously increasing concentration while memorising these series. There also exists the possibility that the easier memorisation of such series was a result of the fact that the immediate precursors of the syllables appearing in them had previously been recalled to memory while learning the earlier sequence. This would mean that conscious repetition of a part of the syllables led to the subconscious recollection and strengthening in memory of the syllables immediately neighbouring them. 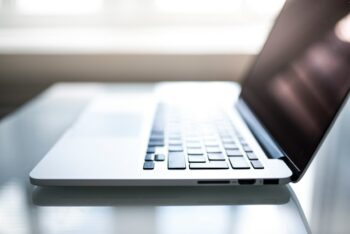 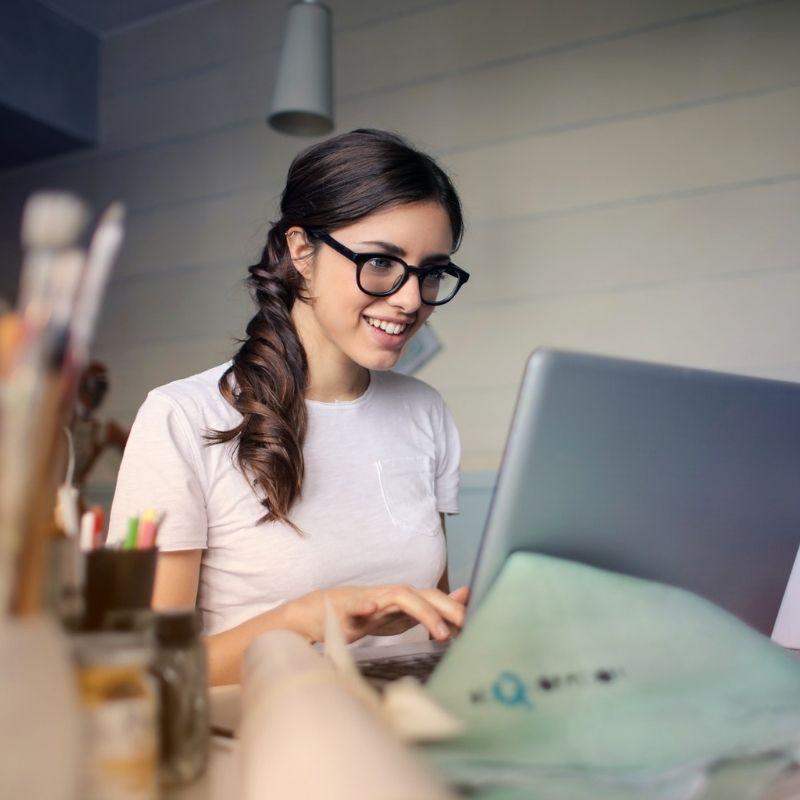 Optimization of Learning: Physiology and Biochemistry of Memory in the Light of the SuperMemo Method

Optimization of Learning: Physiology and Biochemistry of Memory in the Light of the SuperMemo Method 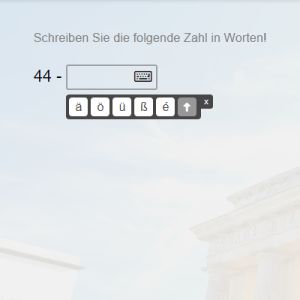 Good news for all our SuperMemo.com website users: we have recently added special keyboards with language-specific signs in all our courses online.