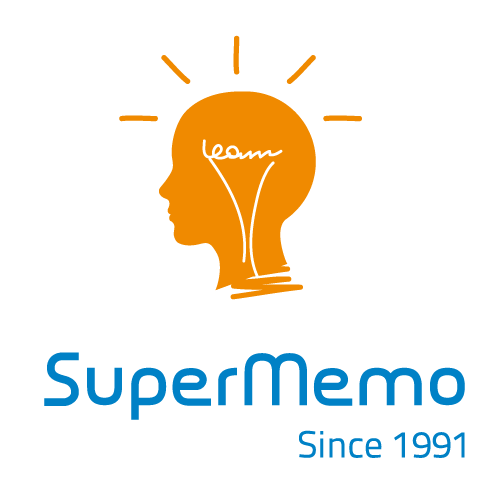 Important! For the most up-to-date version of this text, see: “Development of SuperMemo.”

SuperMemo isn’t just a piece of software for managing repetitions of the learned material. Over years it acquired a great deal of additional functionality that made it the indisputably best self-learning tool in the world. New solutions have constantly been added, improved or removed until the program has assumed the current shape. See: Screenshot Tour.

Here is the timeline of most important developments in the history of SuperMemo software development:

The first SuperMemo algorithm formulated in May 1985 did not require the use of a computer! The table of inter-repetition intervals was used to compute intervals between repetitions of whole pages of questions and answer. For details see: Using SuperMemo without a computer

First computer implementation of SuperMemo was written in December 1987 by the author of the method: Piotr Wozniak. It was written on the DOS platform in Borland’s Turbo Pascal 3.0 and included only a few simple functions: adding question-answer pairs and making repetitions. These are the version written by the author of SuperMemo before its entry into the commercial arena in 1991:

SuperMemo 6.0 for DOS was written from scratch in Turbo Pascal 6 and it was the first SuperMemo written within a framework of a commercial company under the supervision of the author of the method and founder of SuperMemo World: Piotr Wozniak. It was the first SuperMemo that has sold over 10,000 copies (earlier attempts to sell SuperMemo 2 and SuperMemo 5 were largely unsuccessful). The idea of plotting forgetting curves for all optimal factors has added greatly to the theoretical validity of the SuperMemo algorithm that could now be verifiably shown to produce the optimum repetition spacing for a given level of knowledge retention. Future improvements to the algorithm could therefore only accelerate the convergence of the starting memory model to the optimum model. SuperMemo 6, as the finalist of Software for Europe Competition 1992, has brought SuperMemo to public attention allowing it to break the image of an intricate software product for a hermetic group of technically-minded people. Instead SuperMemo 6 became one of the best-selling pieces of software in Poland in the early 1990s. In January 1995, SuperMemo 6 entered public domain and is since available from multiple shareware sites and shareware CD-ROMs around the world. Even with the advent of SuperMemo 8 in 1997, many users remained faithful to the old good DOS version. These were the most important improvements introduced by SuperMemo 6:

SuperMemo 7.0 was one of the few Windows applications available in Poland at its time (early 1993). Although initially, it found it difficult to compete with SuperMemo 6, by 1995 it became the most popular SuperMemo ever (over 30,000 copies sold by the end of 1996). In 1993, it became one of the first Polish applications using sound and bitmapped graphics. In mid-1994, it was also the first Polish Windows software released on CD-ROM. The number of awards given to SuperMemo 7.0 is too long to be listed here. In 1994 and 1995, SuperMemo 7 was voted the most popular Polish software by readers of PC World Komputer. It was also one of the most eagerly copied pieces of software on illegal software market ahead of the entire Microsoft suite:

For more details see: SuperMemo 7 for Windows (versions 7.0 through 7.5)

In the years 1995-1997, SuperMemo World worked over a new hypermedia paradigm for SuperMemo, initially released as a separate line codenamed Genius. Most importantly, Genius departed from question-and-answer limitation of earlier versions of SuperMemo. In Genius all items/elements could be freely composed of various components such as text, sounds, pictures, etc. Secondly, Genius introduced knowledge hierarchy that made it possible to organize knowledge into a knowledge tree (contents window). Genius was originally released only as a hypermedia shell for CD-ROM titles such as Video English, Cross Country, etc. For long, Genius could not gain hearts of die-hard users of SuperMemo 7. Only in May 1997, the decision was taken to release Genius as an independent self-learning tool: SuperMemo 8. This was the first SuperMemo that was beta-tested around the world over the Internet and the first that was simultaneously released as a CD-ROM title (Deine Chancen) and a stand-alone application. It was also first commercial SuperMemo available for download from the Internet (June 1997). Successors of SuperMemo 8 will have always been first released as stand-alone applications over the Internet before the CD-ROM releases could be developed for traditional distribution channels.

Here is the main new functionality introduced in SuperMemo 8:

Most criticism voiced about SuperMemo 8 concerned its limitations introduced by the 16-bit nature of this application. Increasing popularity of Windows 95 made it possible to give up the 16-bit platform and remove many painful limitations of SuperMemo 8. Some of these included lack of: long filenames, texts longer than 256 characters, transparent texts and images, etc. SuperMemo 98 was developed in 32-bit Delphi 3.02 from Borland (later Inprise). 32-bit technologies also made it possible to dramatically speed up the application and its hypermedia functionality. SuperMemo 98 became the first stand-alone SuperMemo since 1995 that boasted a very high customer satisfaction. Indeed in recent surveys, the satisfaction ratings of SuperMemo 98 indicate that it is the most popular stand-alone SuperMemo ever! The dip in popularity of SuperMemo that occurred after 1995 was mostly blamed on increased complexity of the program upon introducing the knowledge tree and hypermedia paradigm. Only SuperMemo 98 was able to resolve this by introduction of new tools for managing complexity, including the three levels of difficulty

Here are the most important improvements brought forth in SuperMemo 98 and SuperMemo 99:

The tenth major release of SuperMemo on DOS/Windows platform implemented support for incremental reading. As such, it can be considered the first SuperMemo that genuinely extended the optimization process from repetitions spacing and knowledge representation towards acquisition of knowledge from electronic sources. World Wide Web can now be considered the knowledge universe from which a student can direct the stream of knowledge towards the review process and ultimately into his or her memory. See: SuperMemo 2000

SuperMemo 15.0 is the fifth major rewrite of SuperMemo (and the first in 15 years). Now SuperMemo supports Unicode internally, which should make life easier for students of languages and for international users. As an extra bonus, SuperMemo code was simplified and made faster (esp. in processing texts). SuperMemo 15 also added dozens of new tools for incremental reading, incremental video, visual learning, and more. See: What’s new in SuperMemo 15

SuperMemo 16 integrates all learning techniques in incremental learning. It is also much faster and reliable than earlier versions. See: What’s new in SuperMemo 16. 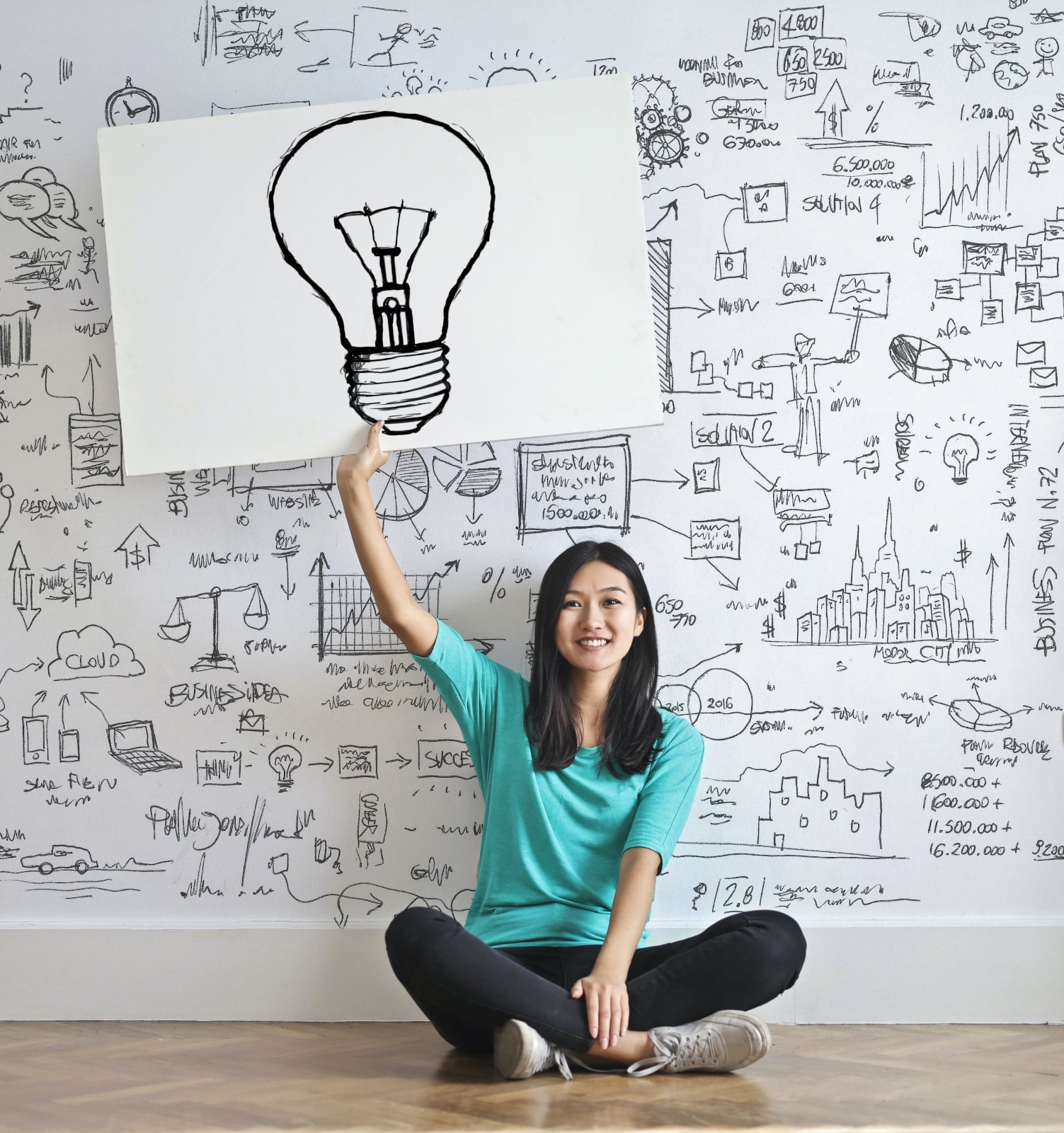 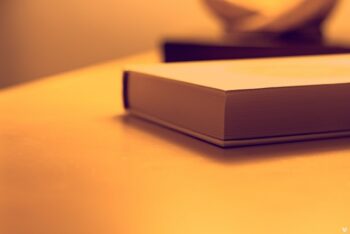 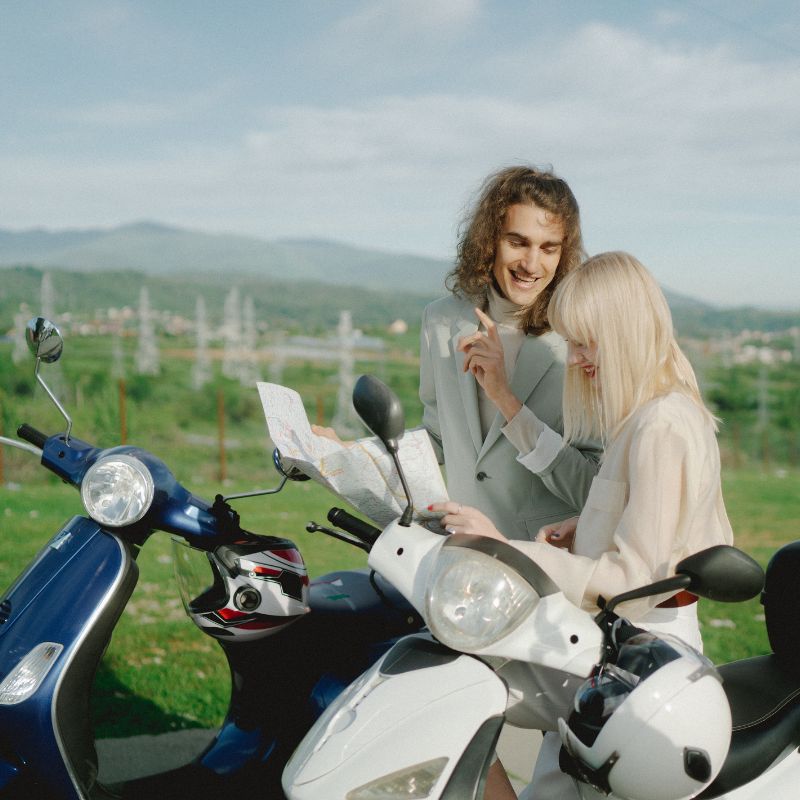 Are you looking for a course that will teach you the basics and prepare you for elementary communication with native speakers? Would you like to learn...