You know the language, but you’re afraid to speak? You’re wondering how to start speaking Spanish? Discover 5 easy steps to make it easy for you.

Sometimes, it seems like we have mastered the language almost perfectly, yet we still cannot break through and start speaking Spanish comfortably. Luckily, there are a couple of effective methods that can help to overcome a language block.

1. Learning Spanish by changing your mind

… in other words: Break the language barrier and lose your fear of making mistakes.

In fact, the ability to communicate in a foreign language is about finding a balance between theory and practice. Here it is necessary to overcome your own barriers and inhibitions, because speaking Spanish is, in a way, a form of public speaking. The resistance to speaking Spanish often results not so much from a lack of vocabulary or grammar problems, as from a fear of being ridiculed.

The fear of communicating in a foreign language is therefore related to psychology, namely, the fact that during a conversation we expose ourselves to the assessment of others. Although we have all sorts of words in our heads, we are not able to use them properly because of our self-imposed limitations.

Breaking the language barrier is an important part of free communication. To achieve this, you must not be afraid to make mistakes. To overcome your fear, you need to recall the motivation that guided you when you decided to start learning the language. If, every time you feel a block to communicating in Spanish, you recall your learning goal, it will be much easier to get rid of any shame you might feel while speaking.

Try to get out of your comfort zone and open up to contact with people. Take every possible opportunity to talk in Spanish. The practice is very important – the quicker you start speaking (even if you make a lot of mistakes at the beginning), the sooner you learn to speak correctly.

The fear of being compromised should not in any way stop you from communicating in Spanish. Making mistakes is completely natural! After all, even the most talented polyglots have also made, are making and continue to make them. Therefore, don’t be afraid of any stumbling blocks on the road to success, quite the opposite – learn from them and get inspired.

2. How to start speaking Spanish. By building up vocabulary

If you want to start speaking fluent Spanish, master basic vocabulary. First of all, focus on so-called high-frequency phrases, the words used most often in a given language. This may seem hard to believe, but even with just a thousand words you can easily communicate on most basic topics or have a short, casual conversation in Spanish. However, in order to understand the meaning of simple written texts, it is enough to know a little over 3,000 of the most popular words. As you expand your vocabulary, you will be able to create your own, increasingly advanced statements. Only when you have mastered elementary phrases, expressions or structures will you begin to use more complex grammatical constructions, because in the end you will focus on them and not on searching for the missing word.

On the Internet, you can easily find lists of the most frequently used vocabulary in any language. You can also take advantage of SuperMemo language courses – from the Hello series for complete beginners, or the Extreme series, designed for people at any level. In this second series the words are set by default, in order from the most popular to the least used in the language, thanks to which you can be sure that you will master the necessary basics first.

When it comes to learning Spanish, it is important not to start with just studying single words. It is extremely important to place them in the context of, for example, the sentence in which they were used. By learning specific phrases, we develop the ability to combine words and formulate complete sentences right from the beginning. Knowledge of basic grammatical constructions will make it much easier for us to master the language, and a rich vocabulary will speed up the process of communicating in Spanish. If you want to start speaking Spanish quickly, try to catch the basic elements of a sentence, such as subject or predicate, from the very beginning of learning.

The Swiss linguist Ferdinand de Saussure points to analogy as a tool to help organize language phenomena. Both he and Andrzej Bogusławski, the Polish philosopher of language, point out that word-forming analogy is connected with key aspects of language function, and is visible in it on many surfaces and levels of systematization. Therefore, from the very beginning, pay attention to linguistic similarities, perceive analogies in words and try to create your own statements based on them, gradually expanding both the vocabulary and grammatical structures. At the initial stage of language learning, focus on assimilating words and phrases, instead of spending a lot of time trying to learn cases by heart. This will help you learn grammar faster and more enjoyable in its natural context, that is, in sentences.

And of course practice, preferably every day. SuperMemo grammar courses, such as Gramática española, are there to help you consolidate grammar in context. Working with it will help you strengthen your knowledge, making it easier to use grammatical structures during a conversation.

4. Don’t float on the surface, but immerse yourself in Spanish

If you want to start speaking Spanish quickly, use every free moment to learn the language:

The above activities can be repeated while riding the bus, running, exercising in the gym, cleaning, cooking or doing any other activity during the day. You do not need to understand all the words to know what the recording or conversation was about. It is all about listening to the language.

This phenomenon is called ‘linguistic immersion’, which in a nutshell consists in not using one’s mother tongue while communicating in a foreign language. Thanks to this, we quickly switch into the new language and start communicating in it, and, after some time, even thinking in it.

If you want to start speaking Spanish, choose the topic that you find most interesting, then it will be much easier for you to progress. At the very beginning, find sources that match your interests. There are now so many thematic channels, vlogs, broadcasts and podcasts that you can easily find those that suit you. Choose topics that really interest you and that you will explore with pleasure, not out of a sense of duty. It’s much easier to talk about what you’re actually interested in.

To communicate in Spanish in a fluent way, you need to be surrounded by the language on all sides. The more you deal with it, no matter what form you are going to learn it in, the sooner you will start speaking Spanish. It will also make it easier for you to remember specific words or phrases, or even idioms, not to mention, of course, the correct pronunciation.

5. Listen and work out your pronunciation to start speaking Spanish

It is said that speaking and listening is most useful in everyday language use. At the same time, professionals agree that understanding by hearing is, in addition to speaking, one of the greatest difficulties when learning languages. Even passive listening, i.e. listening that takes place without analyzing the message, is important for learning Spanish. It has been proven that even passive reception of a language activates the right brain hemisphere, which registers the melody of a language, accent, intonation and other similar elements.

The essence of a listening comprehension in the initial stage is to catch the context and to understand the overall meaning of the statement. The earlier you start practising this aspect of the language, the sooner you will start communicating in Spanish. This will also make it easier for you to remember the pronunciation of the words. Ensuring that it is correct is extremely important, not only for reasons of aesthetics and language hygiene, but also for a purely pragmatic reason: mutual understanding during conversation.

To communicate in Spanish fluently, conversations with foreigners are also invaluable. Are you wondering where you can find a conversation partner? Here are some tips:

If you don’t have a competent partner, start talking to… yourself. However ridiculous it sounds, this exercise doesn’t cost you much, and it can bring great results. Whether you’re standing in front of a mirror or doing it in some other, comfortable place, it’s important that you start speaking Spanish aloud in whole sentences. You can record yourself, then listen to the recording and then draw some conclusions.

We hope that these tips will help you break through the language barrier and start speaking fluent Spanish:

Follow these tips and you will start speaking Spanish with flying colours!

Why is it worth learning vocabulary in a foreign language (and how)?

If you are wondering whether it is worth learning vocabulary, we can dispel your doubts right away. Vocabulary plays a huge role in language learning.... 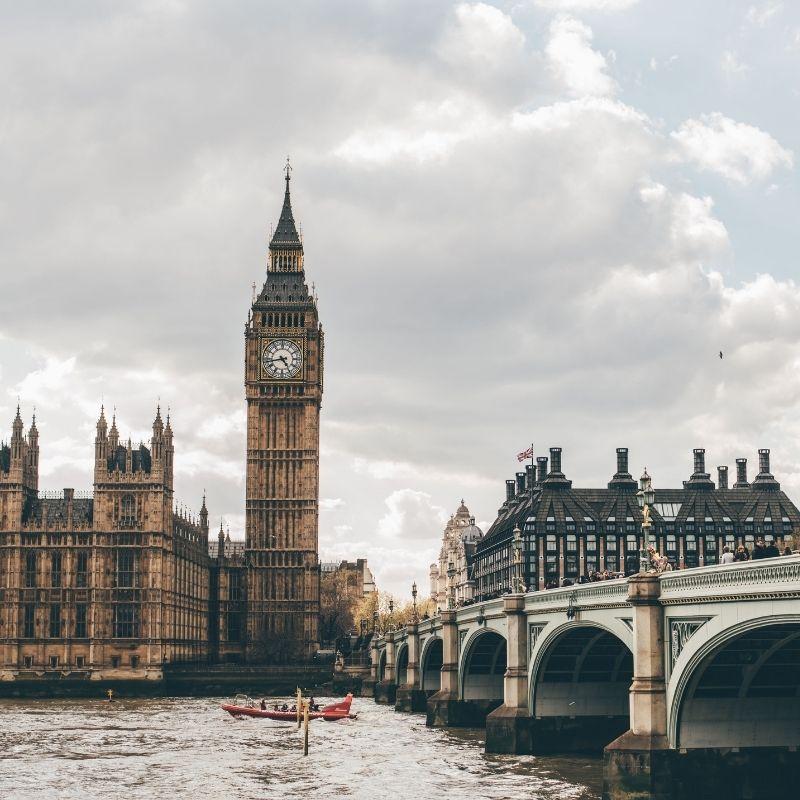 How to learn English quickly

Learning languages ​​is not only one of the best means of personal and professional development. For some, it is also a necessity. The ability to use... 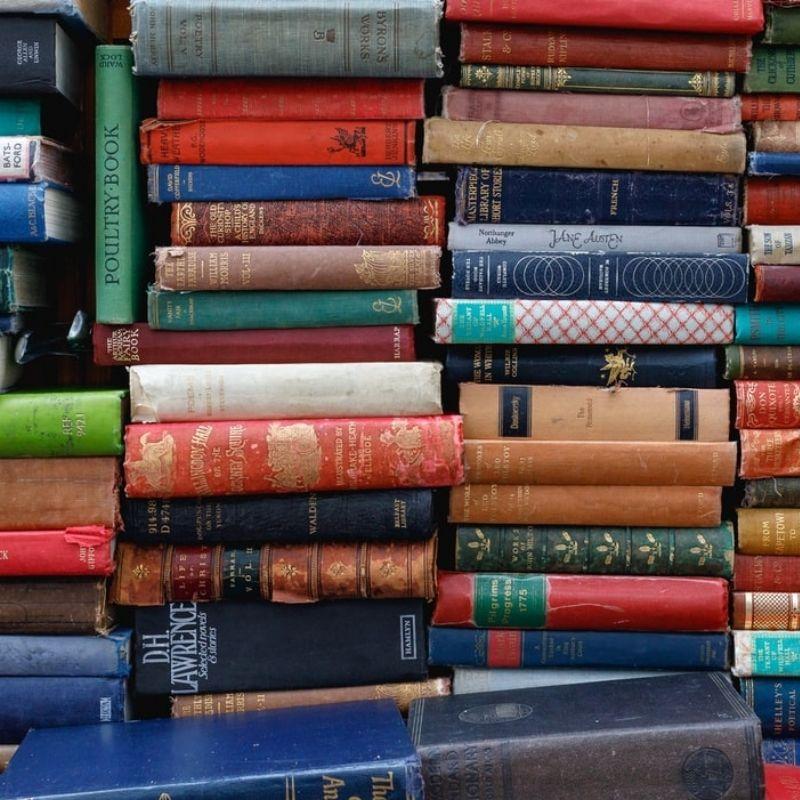 SuperTip # 2 says: Apply this principle to yourself when learning a language! Reading in a foreign language is not only great training for our brain but...